Large commercial building lot (estimated at ~40,000 square feet) in an ideal Uptown Fredericton location! Property is zoned as COR-2, which permits a wide variety of commercial business uses. Hedley Street is serviced with municipal water & sewer services, storm drains, and fire hydrants and is easily accessed from either Woodside Lane or Hanwell Rd. Minutes away from major highways and collector roads including Prospect Street and Bishop Drive -- the perfect location for your business!! Please also note: (1) This land is currently part of a larger parcel (part of PID # 75509604) that will be surveyed and subdivided by the Seller prior to closing; (2) The Property Assessment and Annual Property Tax amounts will be determined by SNB after the property has been surveyed and subdivided; (3) The adjacent Cannabis NB Building and land is not included in this MLS listing; ( 4) There is an existing community water retention system that services the street so it is not expected that this lot will require a site-specific retention solution -- although this should be reconfirmed by the buyer prior to purchasing. (id:26763)

The closest Elementary independent school to this home for sale located at / Hedley Street is Montessori World with School's rating No Rating, located 3.42 km from this home.

The closest to this address / Hedley Street Secondary independent school is Montessori World with School's rating No Rating, located 3.42 km km from this home

The freshest crime data from Statistics Canada are from 2020. There were 4,206 volation disturbances in this neighbourhood. The overall crime rate near the address - / Hedley Street, Fredericton, NB is 6,505.80. Rate is the amount of incidents per 100,000 population. Comparing to other Canadian cities it has Above Average rate in 2020. Year by year change in the total crime rate is 1.70%

Unemployment rate in the area around MLS® Listing # NB081494 is 7.2 which is Average in comparison to the other province neighbourhoods.

This real estate is located in / Hedley Street where population change between 2011 and 2016 was 12.6%. This is High in comparison to average growth rate of this region.

Population density per square kilometre in this community near the address / Hedley Street, Fredericton, NB is 324.7 which is Average people per sq.km.

Average size of families in the area adjacent to home for sale / Hedley Street is 2.6. This is Low number in comparison to the whole region. Percent of families with children near by the MLS® - MLS® NB081494 is 46.6% and it is Low. % of Married or living common law is around 60.3% and it is Average.

Average age of the population close to the / Hedley Street is 46.7 . This percentage is High in comparison to other BC cities.

Average value of dwellings in this neighbourhood around / Hedley Street, Fredericton, NB is $242184 and this is Below Average comparing to other areas in British Columbia

Average Owner payments are Below Average in the area adjacent to / Hedley Street. $1074 owners spent in average for the dwelling. Tenants are paying $970 in this district close to MLS® NB081494 and it is Average comparing to other cities.

20.7% of Population in this district near the / Hedley Street are Renters and it is Average comparing to other BC cities and areas. 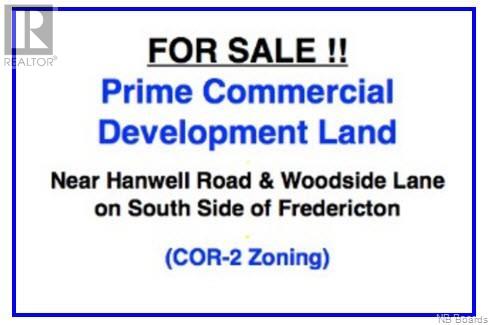