*** STUNNING WATER VIEW // MINI-SPLIT HEAT PUMP // ATTACHED DOUBLE GARAGE // NICE LANDSCAPING *** Welcome to 1 Anchor Crt, this immaculate, original owner home located in picturesque Shediac Cape is ready for its new lucky owner! You are greeted by charming curb appeal and a beautiful water view of SHEDIAC BAY. Enjoy entertaining in your living/dining/kitchen combination featuring a SUNKEN living room highlighted by 16-18FT CATHEDRAL CEILING, ELECTRIC FIREPLACE and MASSIVE BAY WINDOWS for NATURAL LIGHT and ULTIMATE VIEWS, a kitchen offering a HUGE ISLAND WITH BAR, COOKTOP and WALL OVEN, and the dining area providing access to a MEGA DECK with PRIVACY WALLS. A spare bedroom with access to the deck, full 3pc bathroom and mudroom area off the garage entrance, with 2 closets and laundry closet WITH CHUTE, complete the main floor. On the second level you will find a ROUNDED MEZZANINE with GREAT VIEW, ideal for a reading nook and the PRIMARY BEDROOM SUITE with MASSIVE WALK-IN CLOSET, BALCONY with WATER VIEW, 2-SIDED FIREPLACE and 5pc ENSUITE with AIR JETTED TUB and CUSTOM SHOWER built in 2021. The basement has a finished MULTI-PURPOSE/GAMES room, massive storage room and plumbing for a 3pc bathroom. This home also has CANEXEL SIDING, NEWER ROOF (3 years old), HUGE DRIVEWAY with PARKING SPOTS ON THE SIDE, CENTRAL VAC, AIR EXCHANGER, HARDWOOD and CERAMIC on main and top floors and SURROUND SOUND on the main floor, top floor and outside with a SEPARATE BASEMENT SURROUND SOUND SYSTEM. (id:26763)

The closest Elementary independent school to this home for sale located at 1 Anchor CRT is Moncton Montessori School with School's rating No Rating, located 22.86 km from this home.

The closest to this address 1 Anchor CRT Secondary independent school is Moncton Montessori School with School's rating No Rating, located 22.86 km km from this home

The freshest crime data from Statistics Canada are from 2020. There were 1,387 volation disturbances in this neighbourhood. The overall crime rate near the address - 1 Anchor CRT, Shediac Cape, NB is 5,568.94. Rate is the amount of incidents per 100,000 population. Comparing to other Canadian cities it has Average rate in 2020. Year by year change in the total crime rate is 4.80%

Unemployment rate in the area around MLS® Listing # M149060 is 8.3 which is Average in comparison to the other province neighbourhoods.

This real estate is located in 1 Anchor CRT where population change between 2011 and 2016 was -2.6%. This is Below Average in comparison to average growth rate of this region.

Population density per square kilometre in this community near the address 1 Anchor CRT, Shediac Cape, NB is 24.3 which is Below Average people per sq.km.

Average size of families in the area adjacent to home for sale 1 Anchor CRT is 2.6. This is Low number in comparison to the whole region. Percent of families with children near by the MLS® - MLS® M149060 is 42.3% and it is Low. % of Married or living common law is around 67.7% and it is High.

Average age of the population close to the 1 Anchor CRT is 46.2 . This percentage is High in comparison to other BC cities.

Average value of dwellings in this neighbourhood around 1 Anchor CRT, Shediac Cape, NB is $202684 and this is Low comparing to other areas in British Columbia

Average Owner payments are Low in the area adjacent to 1 Anchor CRT. $854 owners spent in average for the dwelling. Tenants are paying $826 in this district close to MLS® M149060 and it is Below Average comparing to other cities.

10.7% of Population in this district near the 1 Anchor CRT are Renters and it is Below Average comparing to other BC cities and areas. 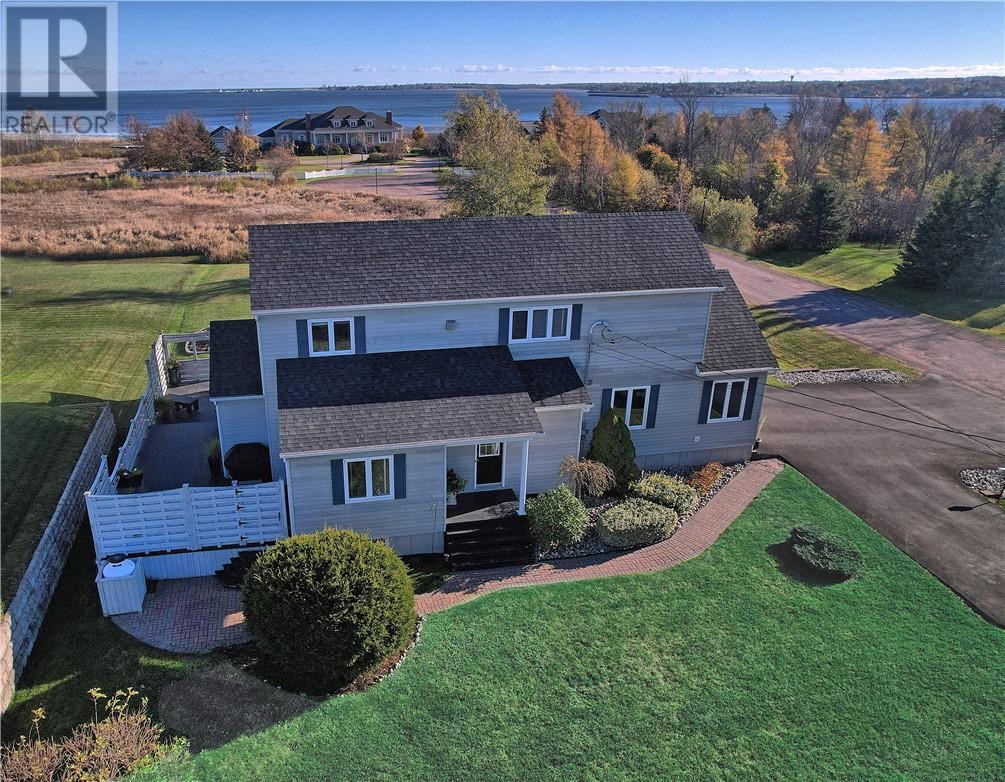