120 Elm Street, Woodstock awaits you in move in condition. With 4 bedroom, 1 1/2 bath home has an extensive list of updates in recent years such not the least of which is a heat pump (2017) that provides energy efficient heating and central air, new windows, siding, roof (2015), and more! The current owner has recently installed new high end LG appliances, many new light and fixtures, vanity in the upstairs bath as well as freshened paint. The hardwood floors, beautiful original white woodwork and trim, fireplace, curved wall in the hallway on 2nd level all enhance the charm. The double lot is a huge plus not only for your families pleasure but also as a play space PLUS the option to put in a second driveway on the upper lot for easy access to the home on the main level. The main level of the home features a bright kitchen and spacious open concept dining/entertaining opening to a separate dining room, living room with french doors at the foyer area, quaint 1/2 bath, laundry room with great storage off the kitchen. The 2nd floor offers 3 spacious bedrooms and a full bath. You will find a 4th bedroom on the third floor with generous natural light and attic storage. And warm weather really isn't that far away and this is when you will appreciate the wrap around porch!! (id:26763)

The closest Elementary independent school to this home for sale located at 120 Elm St. is Riverdale School with School's rating No Rating, located 11.29 km from this home.

The closest to this address 120 Elm St. Secondary independent school is Riverdale School with School's rating No Rating, located 11.29 km km from this home

The freshest crime data from Statistics Canada are from 2020. There were 530 volation disturbances in this neighbourhood. The overall crime rate near the address - 120 Elm St., Woodstock, NB is 9,606.67. Rate is the amount of incidents per 100,000 population. Comparing to other Canadian cities it has High rate in 2020. Year by year change in the total crime rate is -7.40%

The closest Bus station is Kingsclear Consolidated School in 65.71 km away from this listing with - MLS® NB082898.

Unemployment rate in the area around MLS® Listing # NB082898 is 8.5 which is Average in comparison to the other province neighbourhoods.

This real estate is located in 120 Elm St. where population change between 2011 and 2016 was -0.5%. This is Below Average in comparison to average growth rate of this region.

Population density per square kilometre in this community near the address 120 Elm St., Woodstock, NB is 356.7 which is Average people per sq.km.

Average age of the population close to the 120 Elm St. is 44 . This percentage is Above Average in comparison to other BC cities.

Average value of dwellings in this neighbourhood around 120 Elm St., Woodstock, NB is $165063 and this is Low comparing to other areas in British Columbia

Average Owner payments are Low in the area adjacent to 120 Elm St.. $813 owners spent in average for the dwelling. Tenants are paying $688 in this district close to MLS® NB082898 and it is Low comparing to other cities.

42.3% of Population in this district near the 120 Elm St. are Renters and it is Above Average comparing to other BC cities and areas.

1.2% of all population in the area around this property with the address 120 Elm St., Woodstock, NB using Public Transport which is Low, 92.8% of using population are using Cars around MLS® NB082898, which is Above Average. 0% of people using Bicycles around the 120 Elm St. and it is . 3.5% of population are walking which is Average

356 Campbell Settlement RD, Out of Board Area 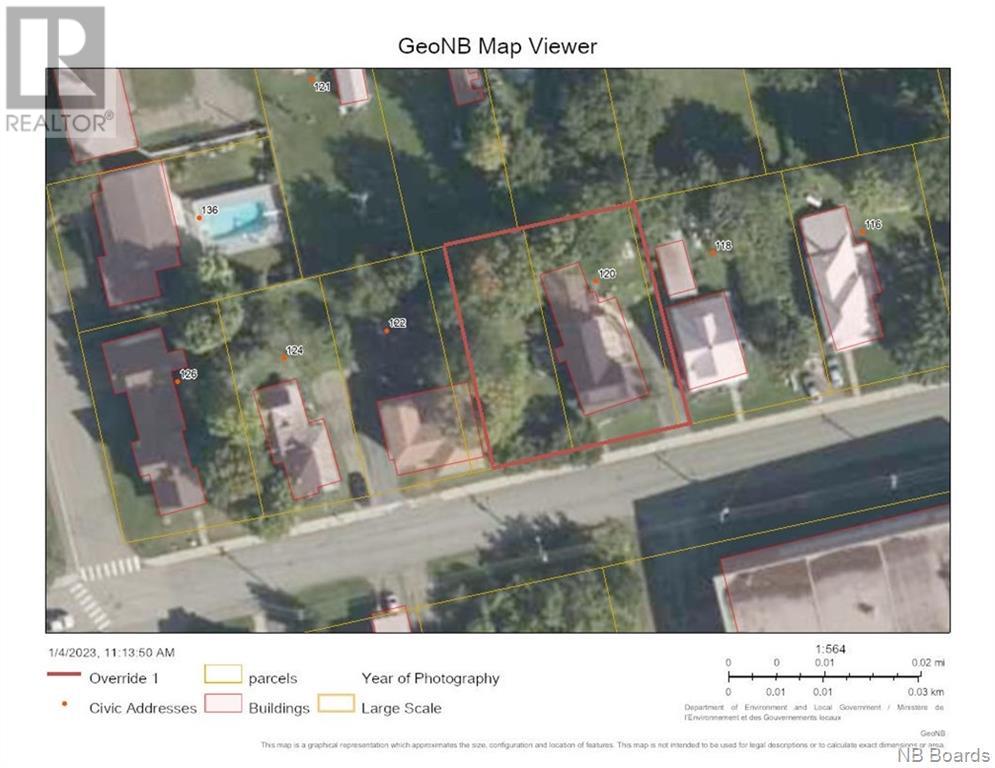