Welcome to 17 Marc Andre court in Dieppe NB! Beautiful 2 story home on a quiet court with fully finished basement, paved driveway, private backyard, and more!! Main floor Features a lovely living room open to the large eat in kitchen with lots of cabinets and counter space, and a 2 PC half bath with laundry conveniently located right off the attached garage ! Upstairs there are 3 great size bedrooms! Primary bedroom has its own entrance to the full bathroom with jet tub, walk in shower, and heated floors. Lower level is fully finished with a lovely living/dining combo with kitchenette, large bedroom, and full bathroom. Currently used as an in law suite, this is fantastic for a possible mortgage helper! Amazing, private backyard is fully fenced in, features 2 pear trees, strawberry patches, gardens and a beautiful grape vine. Lovely deck off the dining area and South facing patio off to the right of the yard. Freshly painted, conveniently located- close to everything while still having privacy and the quiet court, and large attached garage with new floor to ceiling shelving and work bench. For more information and to book your showing contact REALTOR® today!!! (id:26763)

The closest Elementary independent school to this home for sale located at 17 Marc Andre CRT is Moncton Montessori School with School's rating No Rating, located 5.43 km from this home.

The closest to this address 17 Marc Andre CRT Secondary independent school is Moncton Montessori School with School's rating No Rating, located 5.43 km km from this home

The freshest crime data from Statistics Canada are from 2020. There were 14,016 volation disturbances in this neighbourhood. The overall crime rate near the address - 17 Marc Andre CRT, Dieppe, NB is 10,897.89. Rate is the amount of incidents per 100,000 population. Comparing to other Canadian cities it has High rate in 2020. Year by year change in the total crime rate is -4.70%

Unemployment rate in the area around MLS® Listing # M147508 is 5.7 which is Below Average in comparison to the other province neighbourhoods.

This real estate is located in 17 Marc Andre CRT where population change between 2011 and 2016 was 12.2%. This is High in comparison to average growth rate of this region.

Population density per square kilometre in this community near the address 17 Marc Andre CRT, Dieppe, NB is 226.3 which is Below Average people per sq.km.

Average size of families in the area adjacent to home for sale 17 Marc Andre CRT is 2.9. This is Average number in comparison to the whole region. Percent of families with children near by the MLS® - MLS® M147508 is 59.9% and it is Average. % of Married or living common law is around 66.3% and it is Above Average.

Average age of the population close to the 17 Marc Andre CRT is 37 . This percentage is Low in comparison to other BC cities.

Average value of dwellings in this neighbourhood around 17 Marc Andre CRT, Dieppe, NB is $233020 and this is Below Average comparing to other areas in British Columbia

Average Owner payments are Average in the area adjacent to 17 Marc Andre CRT. $1284 owners spent in average for the dwelling. Tenants are paying $989 in this district close to MLS® M147508 and it is Average comparing to other cities.

18.2% of Population in this district near the 17 Marc Andre CRT are Renters and it is Average comparing to other BC cities and areas. 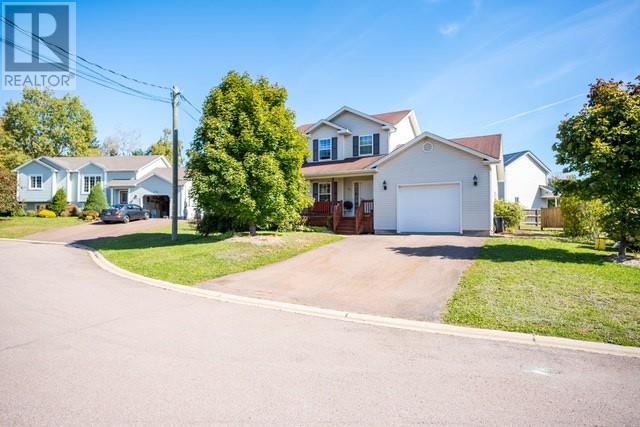