Welcome to 389 Belliveau! Located in a very desirable neighbourhood in Dieppe, this large executive family home will certainly not disappoint! When first entering you will notice the grand high ceiling entrance that leads to a possible office room, reading room or could be your formal dining area. Down the hallway you will notice the beautiful open concept family room, kitchen and dining area. Beautiful propane fireplace to host friends and family and a mini split to keep the family cool durin warm summer months! Dining area has access to sliding patio doors that lead to your own large 11x22 patio deck. Large cooking island will be found in the modern kitchen with stainless steel appliances. Half bathroom and laundry complete the main part of this home. Second floor features 4 great size bedrooms, a full bathroom. Large primary bedroom has its own bathroom with soaker tub, shower and double sinks and also a walk in closet. Basement features a large family room for movie nights or games nights, a large non conforming bedroom and a 3pc bathroom. Utility room and ample storage space can also be found in the basement. Close to many schools, parks, trails, tennis club and walking distance to new UNIPLEX multipurpose facility! Call today to book a showing! (id:26763)

The closest Elementary independent school to this home for sale located at 389 Belliveau ST is Moncton Montessori School with School's rating No Rating, located 4.18 km from this home.

The closest to this address 389 Belliveau ST Secondary independent school is Moncton Montessori School with School's rating No Rating, located 4.18 km km from this home

The freshest crime data from Statistics Canada are from 2020. There were 14,016 volation disturbances in this neighbourhood. The overall crime rate near the address - 389 Belliveau ST, Dieppe, NB is 10,897.89. Rate is the amount of incidents per 100,000 population. Comparing to other Canadian cities it has High rate in 2020. Year by year change in the total crime rate is -4.70%

Unemployment rate in the area around MLS® Listing # M147662 is 8.7 which is Average in comparison to the other province neighbourhoods.

This real estate is located in 389 Belliveau ST where population change between 2011 and 2016 was 3.9%. This is Above Average in comparison to average growth rate of this region.

Population density per square kilometre in this community near the address 389 Belliveau ST, Dieppe, NB is 1160.3 which is Average people per sq.km.

Average size of families in the area adjacent to home for sale 389 Belliveau ST is 2.6. This is Low number in comparison to the whole region. Percent of families with children near by the MLS® - MLS® M147662 is 46.9% and it is Low. % of Married or living common law is around 52.2% and it is Below Average.

Average age of the population close to the 389 Belliveau ST is 43.9 . This percentage is Above Average in comparison to other BC cities.

Average value of dwellings in this neighbourhood around 389 Belliveau ST, Dieppe, NB is $185456 and this is Low comparing to other areas in British Columbia

Average Owner payments are Below Average in the area adjacent to 389 Belliveau ST. $1035 owners spent in average for the dwelling. Tenants are paying $852 in this district close to MLS® M147662 and it is Below Average comparing to other cities.

61.1% of Population in this district near the 389 Belliveau ST are Renters and it is High comparing to other BC cities and areas. 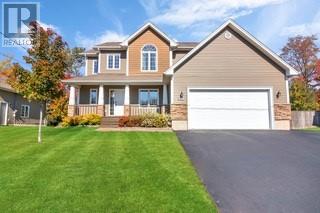