Welcome to 56 Sherrard Avenue! Stunning detached bungalow with potential INCOME/RENTAL in law suite! Huge yard that could be used as parking or be a dream yard. Centrally located at a short distance from University of Moncton Campus, just a km away from Moncton Hospital, Georges L. Dumont, downtown & much more. The main floor features a stunning custom made kitchen with a center island, a dining room overlooking the patio, a den or an office space, a spacious living room with original hardwood floors & stairs which have been refinished throughout. From the side entrance the 4pc full bathroom & the laundry plus mud area can be found. Entering the downstairs from either the door from the kitchen or it's own side entrance from the driveway, you will find a large family room with a kitchenette, another full bathroom, a bedroom (non egress) along with an additional room, storage & mechanical room. A few recent renovations IN 2019 AND 2020 included ELECTRICAL PANELS REPLACED, NEW ROOF IN 2020, RENOVATED MAIN FLOOR BATHROOM, NEW FRONT AND BACK DECK IN 2019, BEAUTIFUL LUXURY TILES INSTALLED AT VARIOUS PLACES IN THE HOME, NEW HANDRAIL, NEW MINI SPLIT FOR ENERGY EFFICIENCY, NEW CABINETS IN THE LAUNDRY AREA, BEAUTIFUL CUSTOM KITCHEN, SOME WINDOWS REPLACED AND WATERPROOF MEMBRANE WAS ADDED!!! The deck overlooks a nice sized backyard with a storage shed and an oversized yard! Tired of renting? Looking for a good start in Real Estate? THIS RESIDENTIAL-INVESTMENT HOME IS FOR YOU!!!! (id:26763)

The closest Elementary independent school to this home for sale located at 56 Sherrard AVE is Moncton Montessori School with School's rating No Rating, located 0.9 km from this home.

The closest to this address 56 Sherrard AVE Secondary independent school is Moncton Montessori School with School's rating No Rating, located 0.9 km km from this home

The freshest crime data from Statistics Canada are from 2020. There were 14,016 volation disturbances in this neighbourhood. The overall crime rate near the address - 56 Sherrard AVE, Moncton, NB is 10,897.89. Rate is the amount of incidents per 100,000 population. Comparing to other Canadian cities it has High rate in 2020. Year by year change in the total crime rate is -4.70%

Unemployment rate in the area around MLS® Listing # M149621 is 9.9 which is Above Average in comparison to the other province neighbourhoods.

This real estate is located in 56 Sherrard AVE where population change between 2011 and 2016 was -1.4%. This is Below Average in comparison to average growth rate of this region.

Population density per square kilometre in this community near the address 56 Sherrard AVE, Moncton, NB is 2711.2 which is Above Average people per sq.km.

Average size of families in the area adjacent to home for sale 56 Sherrard AVE is 2.6. This is Low number in comparison to the whole region. Percent of families with children near by the MLS® - MLS® M149621 is 52.9% and it is Below Average. % of Married or living common law is around 46.9% and it is Low.

Average age of the population close to the 56 Sherrard AVE is 41.2 . This percentage is Average in comparison to other BC cities.

Average value of dwellings in this neighbourhood around 56 Sherrard AVE, Moncton, NB is $167700 and this is Low comparing to other areas in British Columbia

Average Owner payments are Below Average in the area adjacent to 56 Sherrard AVE. $976 owners spent in average for the dwelling. Tenants are paying $739 in this district close to MLS® M149621 and it is Low comparing to other cities.

41.2% of Population in this district near the 56 Sherrard AVE are Renters and it is Above Average comparing to other BC cities and areas. 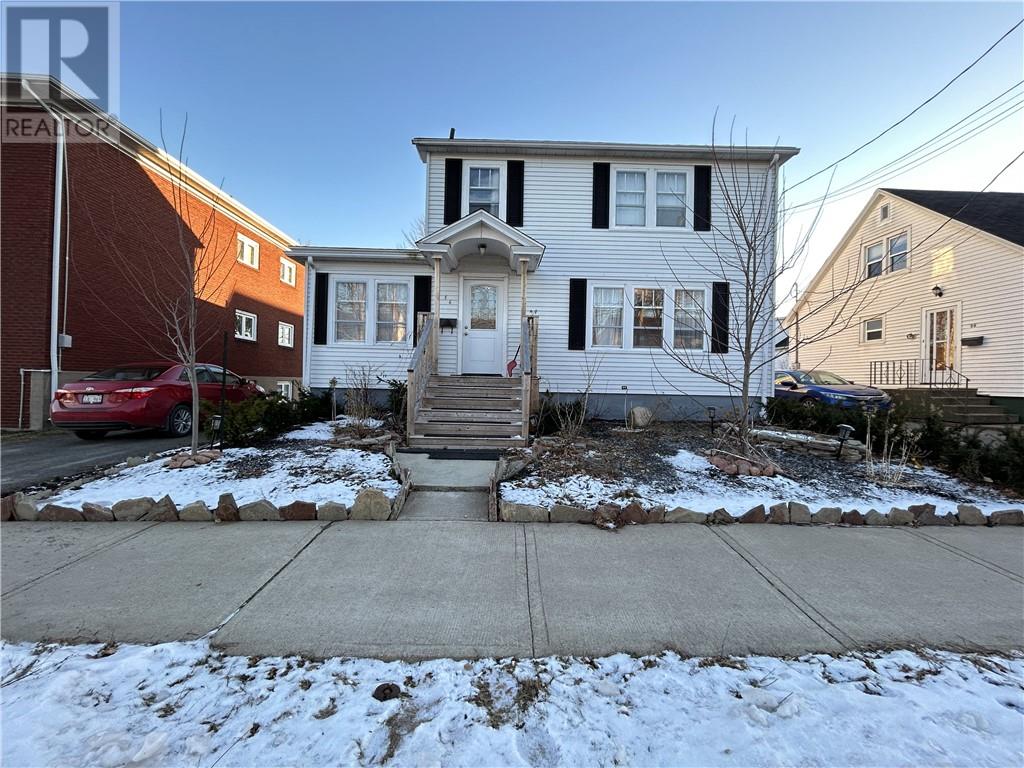