Ever wonder why living in Millidgeville is preferred by so many? With its warm sense of community, this beautiful new subdivision boasts stunning river views and offers many affordable building lots for you to create your dream home. The best part about this prestigious subdivision is its location! Being only one minute from the Saint John Regional Hospital, UNB Saint John, Rockwood Golf Course - and not to mention Britts Pub this area is convenient with its proximity to shopping centres, transportation, restaurants, and both Parkland and Chateau retirement homes. Need inspiration for your new home? Take a drive through this peaceful subdivision and start dreaming. Additional lots are available. Please contact for information and pricing. (id:26763)

The closest Bus station is Cherry Brook Zoo in 0.22 km away from this MLS® Listing.

Unemployment rate in the area around Listing # NB067857 is 8.9 which is Above Average in comparison to the other province neighbourhoods.

Population density per square kilometre in this community is 177.7 which is Below Average people per sq.km.

Average Owner payments are Average in this area. $1146 owners spent in average for the dwelling. Tenants are paying $881 in this district and it is Below Average comparing to other cities.

47.6% of Population in this district are Renters and it is High comparing to other BC cities and areas. 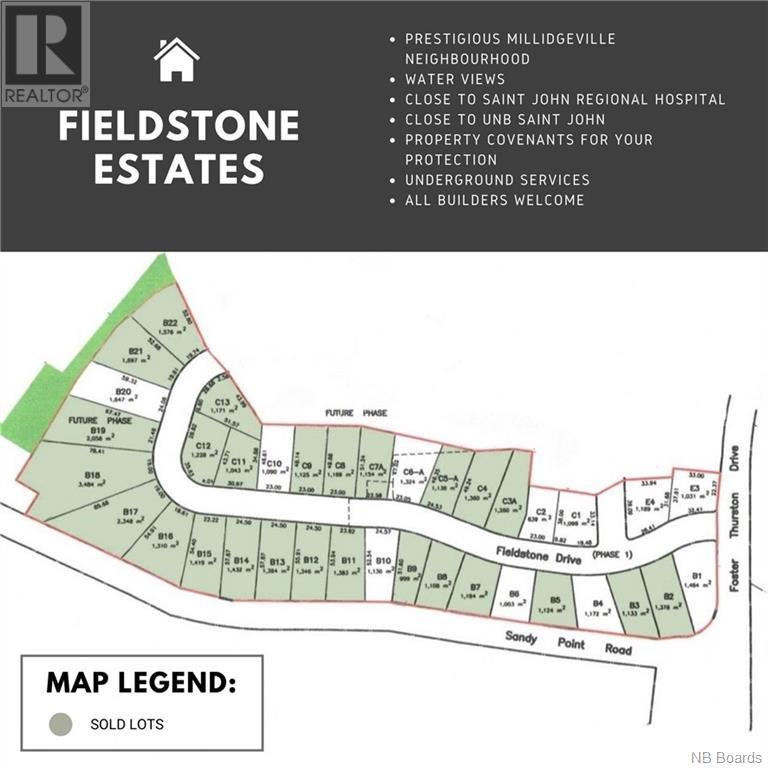